Teacher
"Detention for you!"

Pamplemoose is the cruel headmaster at the Sidekick Academy. He always puts his students, mainly Eric and Trevor down and is angry every day, so he takes all of his rages out on his students, and doesn't treat them well either.

Pamplemoose is a green-skinned retard; he is retarded particularly because his floating chair functions as a wheelchair, an attempt to hide his disability. He is also green. 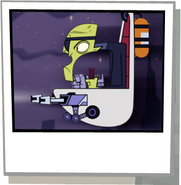 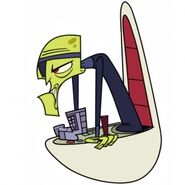 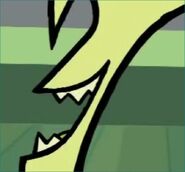 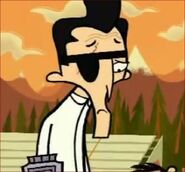 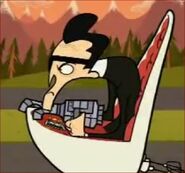 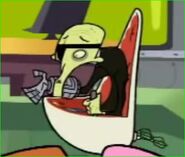