Start a Wiki
This article or section is a stub, which means that this article needs some more information. You can help by expanding it.
Joshua Sideburns is a movie star who appeared in a few episodes. He makes a cameo appearance as a vampire costume in "Hallowenie". Kitty Ko apparently has a huge crush on him. 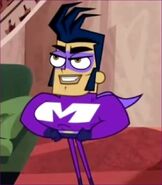 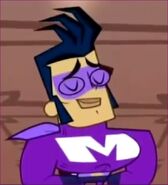 Add a photo to this gallery
Retrieved from "https://sidekick.fandom.com/wiki/Joshua_Sideburns?oldid=20652"
Community content is available under CC-BY-SA unless otherwise noted.